I just couldn't think about "serious" stuff this week-end, so I thought about important stuff, instead. Yes, I mean dogs. Crimea, Venezuela, fake energy crisis, economy in the dump, government out of control and going nowhere, and Obama, Obama, Obama, always The One on The Tube, sucking up the oxygen as he utters nonsense and pretends that he is in charge of something.

So, instead of all that, my wife and I grabbed our dog, Hartza, the Magnificent Akita Shepherd, and went off in our Tahoe to a dog rescue event at the local PetSmart.

We came home with another wonderful beast: a German Shepherd Chow/Spitz mix, for now Jacoby but likely to get his name turned into a tongue-twisting Basque name, who is a bundle of energy and affection. He is so happy to be alive that the joy rubs off even on an old curmudgeon . . .

Hartza and Jacoby are having a wonderful time play-fighting and establishing who will be top dog--60lb Jacoby on points, so far, over 90lb Hartza . . . kind of a reenactment of Putin's Russia vs. Obama's USA, the big dog does not always win: it's determination and spirit that compensate for "throw-weight." 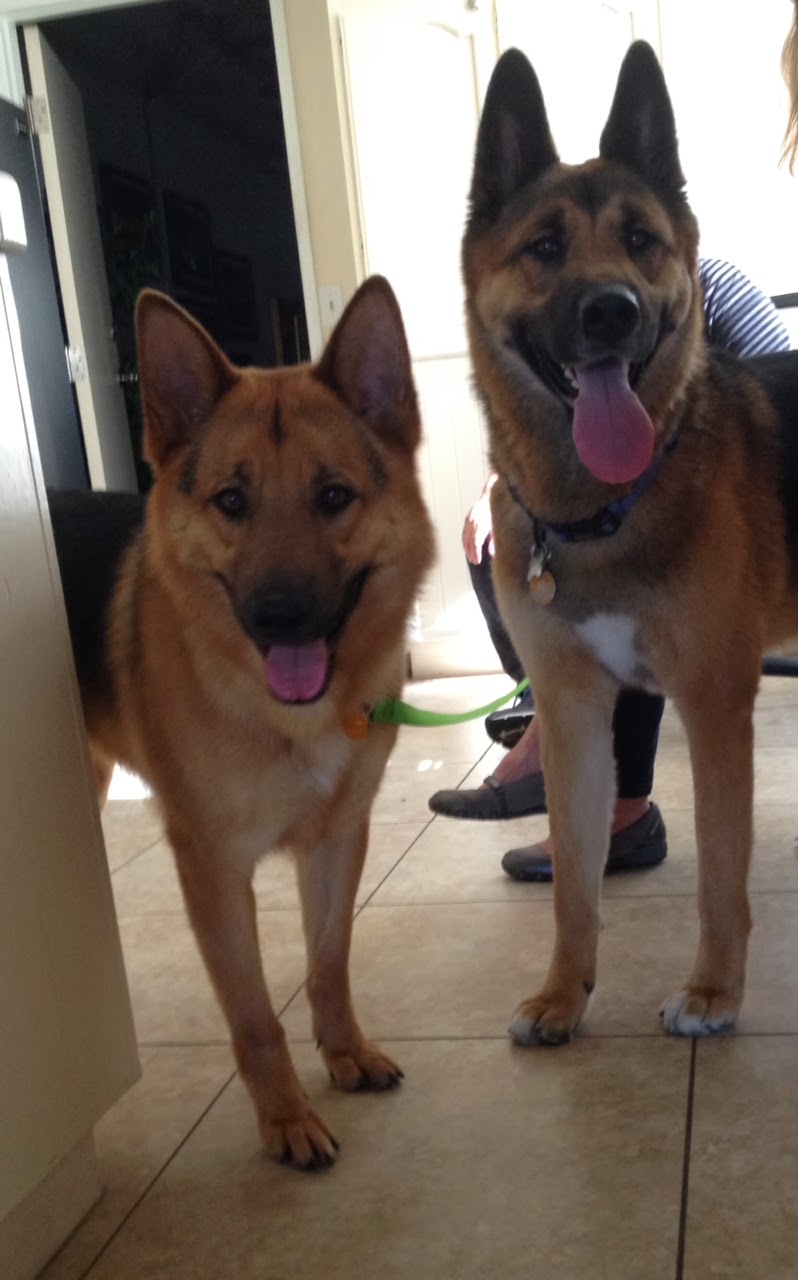