OK, before I get to today's sermon, I offer apologies for the sporadic blogging this week. Life got in the way. Well, actually, a good thing got in the way. This week the Diplomad extended household added a new denizen. Her name is Sofia. She will be living with my son, is a bit over eight weeks old, and weighs in at just under 13 lbs. Here she is. Check out those eyes! 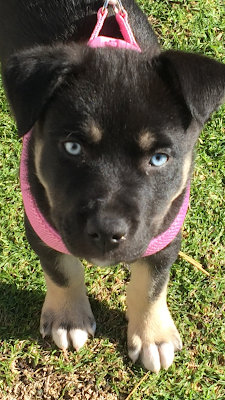 The other two furry members of the family had their own "eye reaction" to the introduction of blue-eyed Sofia. This might not go well . . . 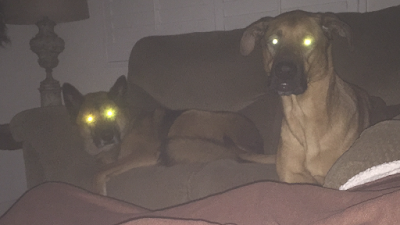 Let's now move on from the greatest creation on the planet, dogs, to other creations, other sorts of animals. I refer, of course, to Unicorns and Dragons.

I have written before about how hard it is to keep up with the frenetic activity coming out of the Trump White House. The press, too, can't keep up so they don't bother. They just make things up. They create Unicorns and Dragons; they should write for "Game of Thrones."

We see nonsense about Trump threatening to invade Mexico. We read, above all, that he has banned Muslims and refugees from the United States. This, of course, has produced no end of wailing and lamentations from the moneyed Hollywood celebrities who don't live anywhere near where the "refugees" would live, telling us how keeping out a few "refugees" is not "my America." Yeah, yeah, blow hards . .  . We also see some 900 of my old colleagues at State signing some sort of "Dissent Channel" message, which they apparently publicized, bemoaning the Trump travel restrictions. .  . always thought the Department was overstaffed; you easily could chop 900 jobs from the place and it would run better.

There is no Muslim ban.

The President has put a temporary suspension on people from seven countries, the same seven previously identified by the Obama administration. Six of those seven are non-functioning countries. The seventh is Iran, the world's foremost exporter of terror and on the verge of becoming a nuclear power. The world's biggest Muslim countries are not affected at all; people from Indonesia, Pakistan, Malaysia, Egypt, etc., will still get their visas. Muslim citizens of Europe, Australia, India, etc., will get visas. Over 90% of the Muslim world is not affected.

I wish to point out that Kuwait has a ban on five Muslim countries, and, in fact, had a ban in place on Syria well before we did.

If anything, Trump's order is too limited in scope and duration.

The only caliber that is effective at killing Progressive Unicorns and Dragons is the truth.
Posted by DiploMad at 1:15 AM