Reflections on Graduation and our Mess

There come times when I get too sick of the news to comment, give my use of the internet a rest, and focus on things that might have no great importance to the outside world, but which provide the humble Diplomad some peace of mind, an escape . . . sort of.

I attended the graduation ceremony for my dog, Hartza, at the local obedience school. This happy occasion--that's his picture down there, the cap making him looking a bit like an inebriated Soviet sailor--was joyfully marked by not having to sit through a Valedictorian speech, and not having Joe Biden as the keynote speaker. Hartza got a very nice diploma, an official picture, and a treat. The ceremony for me was marred, however, because I knew Hartza did not deserve that diploma. He, in essence, knows nothing. He could barely execute the "sit" command while other dogs were auditioning for gigs with Cirque du Soleil, doing high-wire acts, juggling three burning soccer balls, jumping backwards through blazing rings, pulling children from sinking boats, and . . . OK, I might have exaggerated a bit . . .. 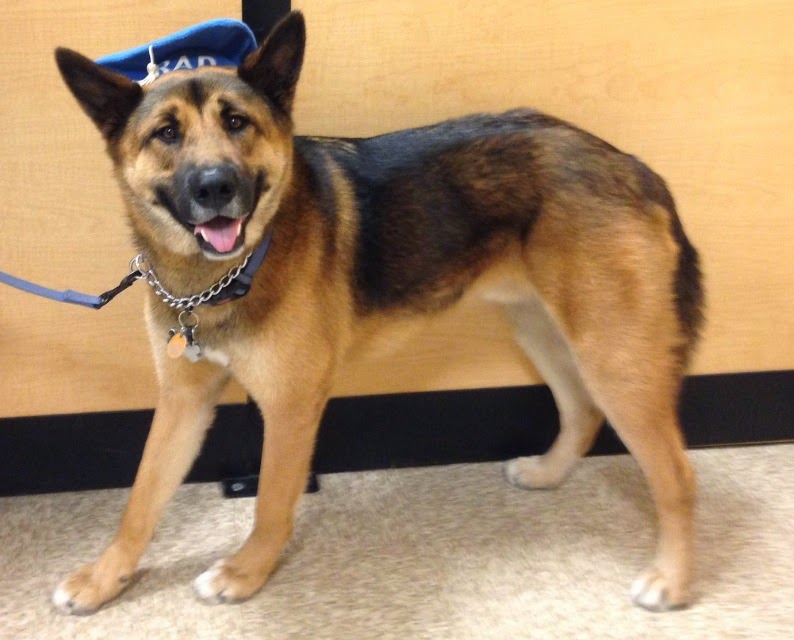 When I told her that my dog seemed, ahem, not quite up to standards, the very nice trainer told me, "I never fail any dog!" This, of course, led me to think about our abysmal universities, in particular, and our abysmal education system, in general.

Like Hartza whom the trainer did not have the heart to fail, millions of kids emerge from universities all over the West, not just in the US, armed with a sense of superiority and entitlement, and prepared for nothing. One wonders how different things would be if many of those youths had resisted the progressive Siren song on the need to go to university, and taken the advice of one of my favorite public personalities, Mike Rowe, who has tried for years to get kids interested in real work, in learning skilled trades, in doing something that makes something. We, instead, have millions of children aspiring for the life and the status of the intellectual, but finding that universities cannot deliver those anymore. Universities have suffered the fate that all institutions suffer when they surrender to the progressives: quality declines precipitously, and the original mission becomes corrupted into something else.

Back to Hartza. I want to train him to operate a backhoe.
Posted by DiploMad at 2:55 PM