Been taking a break from blogging. At times, I find the exercise too depressing. We are seeing the gravest crisis to face Western civilization at least since WWII, and perhaps much before that. We have no Churchill, no Thatcher, no Reagan to rally the West to bestir it to defend itself.

At times, I just can't keep going over the disaster, again and again. So, I retreat to other undertakings: my dogs, of course, who are an inexhaustible source of optimism, loyalty, and plain ol' fun, and, as I have bored my six or seven readers for some time, to old cars. Big, gleaming, noisy hunks of American chrome, glass, and steel. Cars with heart and soul from the nation that brought you rock-and-roll. 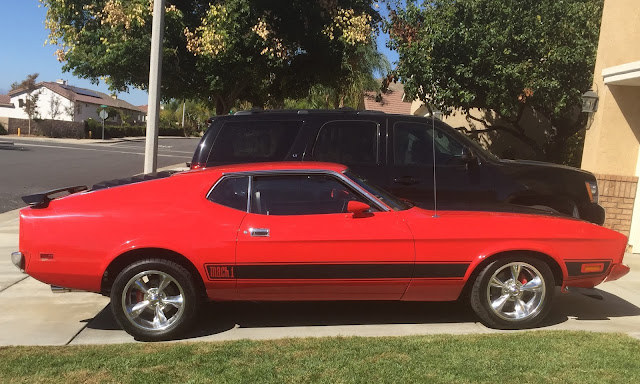 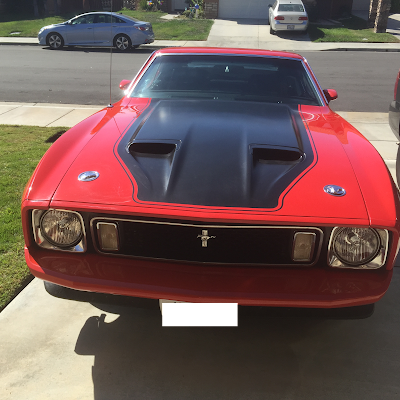 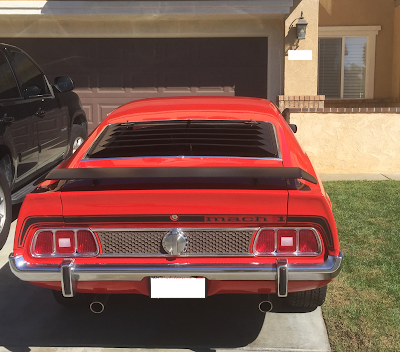 I got her registered quickly thanks to a local car registration service which dealt with the despicable DMV; for a small fee, they got all the paperwork straightened out in a matter of minutes instead of the hours it would have taken me at the despicable DMV. Did I mention that the DMV is despicable?

I'd say the car is about 7/8's restored. It's got a few little things--e.g., non-working radio, clock, and tach--and, perhaps, a couple of bigger things--e.g., fuel injection, headers--I could have done had my budget and the Diplowife's patience held out. Considering, however, the near-death shape the beast was in when first acquired, I should call her Fenix, Lazarus, or Harold Stassen. Things that just do not give up and die.

Well, she looks pretty good, but can she run? That was the question the entire world was asking yesterday--OK, OK, I was asking. The answer came back a thunderous, gut-rumbling, "Yes!"

I fired up the Cleveland, shaking windows throughout the neighborhood, and getting thumbs-up and cheers from passing school kids, "Look at the fat old guy with the cool car!" Let's face it, fellow car-lovers, collecting and restoring old classic cars is largely about impressing the impressionable and boring everybody else to tears.

Under the terms of my insurance policy, I must keep her in a garage. I've run out of space at house number one, so I had to drive her some 70 miles to house number two where she will reside with my 2015 GT Mustang. Off we went onto the California freeways! She did great in our night-time run on the I-15. Hit 85 mph in no time before I backed off a bit just in case the CHP were around. This, after all, was a shake-out cruise, and, of course, since the enviros have declared us to be in a severe drought, it was raining heavily. Southern California drivers do not do well even in the most mild of drizzles. A little water on the road, and your life is in great peril!

Hard to believe we drove cars like this 40-60 years ago: no cup holders; no a/c; no concern for ergonomics with gauges and switches in odd, hard-to-see and hard-to-reach places; uncomfortable seats; smell of fuel; lots of vibration; and the noise! The Noise! THE NOISE! Still, a lot of fun. More fun than reading or writing about world events . . .

I promise to write something very depressing this week as penance.