The ostensible DNC "convention," now blighting my TV set, is so boring and so predictable and so poorly done and so . . . well, I just hope the GOP learns not do it this way. As, of course, I have pointed out before, this "convention" is just a PG-13 cover for the real DNC convention taking place on our city streets. I can barely watch and listen to even the "keynote" speakers. Ugh . . . .

Adding to my inability to pay serious attention to this silly telethon has been having to take my beloved dog Txiki in for surgery--a double TPLO. Poor guy. He's been in the hospital a couple of days, and now has a slight fever which might delay his return.

Here he is doing what he does best, spying on the neighbors. This is a picture from our California days. 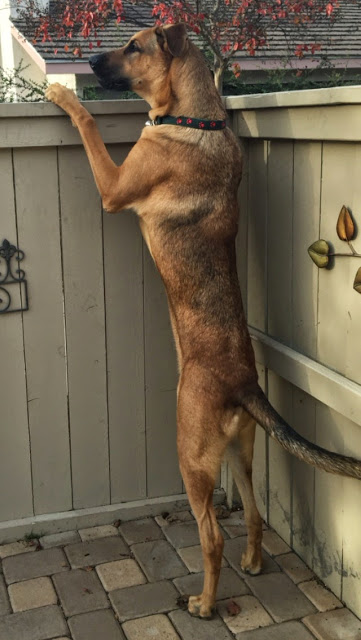 The other two members of his pack were quite upset and accusatory when I took Txiki away and came back without him. Here they are as I came into the house without Txiki. I tried to explain, but they weren't having it. 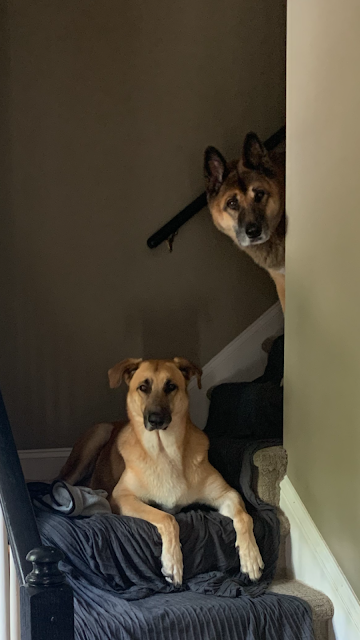 Anyhow, I hope to get Txiki back today so I can concentrate on what the thugs of the DNC are doing.

UPDATE: Txiki is home. He looks miserable. He's not eating, but he is drinking water. He is very ashamed of his shaved legs, and, of course, of the plastic Cone of Shame. I fear his revenge.