An old Ashkenazi joke: "Do you to want to make God laugh? Just tell Him your plans."

That little witticism keeps running through my mind as I survey our current socio-political plight.

These past almost four years have proven momentous for our country and the West. We have seen a revolt against the Globalist Elite Deep State, and the corresponding mule-kick reaction from that entity, or to use Biden's absurd formulation re Antifa, that "idea." Britain, of course, produced the revolt of Brexit, this had to overcome fierce opposition, lamentations, and outright lies from that Elite and its minions in the media, most notably the execrable BBC. That Elite, although it lost at the ballot box, did not resign itself to accepting the popular will. Voting, you must understand, only counts when the Elite get the result the Elite want. After the vote, we saw and continue to see an effort in Britain to delay, obstruct, and entangle the Brexit process in a thicket of negotiations, regulations, and my perennial favorite, "international treaty obligations." As of now, it remains unclear whether the people of the UK can defeat their enemies, foreign and domestic, extricate themselves from the EU quicksand, and claim back sovereignty over their great country. We must listen for Heavenly peals of laughter.

A similar revolt has occurred in Brazil, where now a pro-West conservative populist governs to the great chagrin of the Brazilian and the international Global Elite/Deep State. I have dealt with the Brazilian foreign policy Deep State: a formidable bastion of leftist anti-Americanism and cliche-ridden Global Elite thinking. President Bolsonaro, who dares, wait for it, to put Brazil First, has had to endure a barrage of attacks, including from Sleepy Joe Biden threatening Brazil with dire consequences unless President Bolsonaro adopts the Global Elite's absurd "environmental" virtue signalling stance on the Amazon rain forest. In Mexico, an old-time Marxist has become President, and proven surprisingly realistic and more in touch with his own people than with the Elites; he, for one thing, realizes that the constant stream of undocumented people across Mexico is not good for, wait for it, MEXICO! He wants to put, wait for it, Mexico First! He even has established a good working relationship with--HORRORS!--Donald Trump. Say it ain't so, AMLO! Is He laughing?

Because of the America-centric nature and, frankly, American dominance of both legacy and social media, in the USA is where the battle between the established Elite and the people proves most pronounced and visible. As I have detailed at some length in prior postings, too many to list, the Deep State has refused to recognize the results of the 2016 election. Those results didn't match the plan's objectives. Hillary was "destined" to be Barrack 2.0, and to carry on the left's growing control of our institutions and life. Didn't happen. The reaction came in fierce. We now have incontrovertible evidence that, as any sentient being already knew, the Leftoid Elite planned a coup. Trump had to be removed from the scene by any means necessary, including blatant lies, widespread violence, and the unleashing of America's politicized intel agencies against him, a legitimately elected President.

Thanks to recently released intel, we now know for just about dead certain that Hillary Clinton, with the support of the outgoing Obama misadminstration, cooked up the Russia collusion hoax; the DNC proceeded to pay for the fake Steele dossier, which relied on a Russian spy for the main portion of its "information." Comey's FBI ignored the "bombshell" intel on Clinton collusion with Russia, and instead launched an "investigation" to nail Trump for "colluding" with Russia. This horrid hoax received the full-throated support of the media, the Democrats in Congress, Hollywood, and the Twitter crowd all of whom suddenly were super-patriots defending our country from Russia. Right. Mueller where are you? Adam Schiff?

It was a brutal and stupid hoax, which only brutal and stupid people genuinely could believe; anybody with any sense knew that it made no sense for Putin to favor Trump. It was Hillary Clinton's hubby, for example, who made money from Russia, and Hillary who ceded to Russian interests throughout her term as SecState. Hillary, not Donald, was clearly the preferred candidate of the Russians. Despite the whole Trump-Putin collusion story falling apart, we continue to hear Democrat operatives, aka journalists, still refer to Putin's "support" for Trump. He laughs.

With that failure under their belts, the anti-Trump crowd moved on to Trump-Ukraine collusion! It wasn't the Russians, it was the Ukrainians! This new idiocy got far enough to have the House impeach Trump for a PHONE CALL with the newly elected President of Ukraine. As with the prior Russia hoax, it turns out, of course, that it was Democrats--the Kerry family, the Biden family--making money from the Ukrainians (and the Chinese). Another Heavenly laugh-fest when that Ukraine hoax fell apart.

We now have the ChiCom virus pandemic. A relatively mild disease by pandemic standards has become the weapon of choice to destroy the West's economy and promote the power of the tyrannical Global Elite. All over the world individual rights and freedoms have been trampled; economic activity, especially by the private sector, has ground nearly to a halt in a blizzard of alarming and deceptive "expert models" and "death counts." The power of governmental elites and leftist techno-billionaires has been enhanced tremendously. The plan? To keep us afraid, cowering at home, waiting for the government and politicized "science" to save us.

This latest plan also includes getting rid of Trump by running the most fake candidate of any major U.S. political party, one impervious to certified "bombshell" revelations of corruption, malfeasance, and incompetence. Biden does not matter. He is just the stalking horse. That's the plan. We'll see . . . 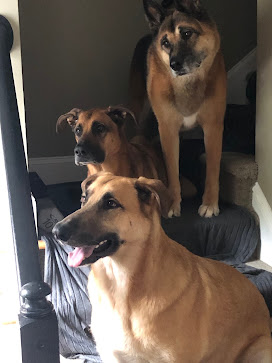 Waiting to hear the results of the plan . . .