The Drug War Summed Up

Going through 34-years of old photos, I found this one. I have another one somewhere that is clearer, but I haven't found the right shoebox, yet.

The picture is of a large plane (DC-3? Not sure) resting at the bottom of a lake in Central America. I took the picture from a helicopter while on an anti-drug operation many, many years ago--the shrubbery at the bottom of the frame is a marijuana plant we "captured" in a raid earlier that day and were taking back as evidence.

Seeing this plane in a lake made a huge impression on me; it drove home the futility of the "drug war." The narcos used big planes on one-way missions. They could afford to throw away aircraft and still make huge profits. You can't make war on the law of supply and demand . . . 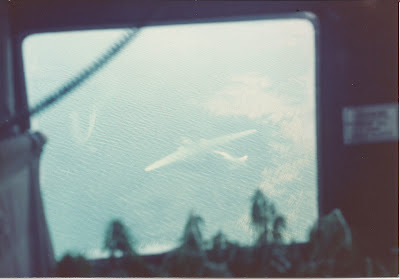