I am reading that we apparently sent out a drone strike to try to kill U.S.-born Anwar al-Awaki in Yemen.  It seems the strike didn't get him. Too bad.

That aside, first, why are discussing it?  Do we think that by announcing it to the world, it will be easier to get him next time?

Second, try to imagine if you can, the reaction from the left, especially from none other than Eric Holder, if Bush had ordered the assassination of an American citizen. The outrage! The lawyers! The injunctions! The editorials in the New York Times!

I guess, however, that under this administration it's ok because, as I understand it, our latest drones, developed with the technical assistance of the ACLU, broadcast a Miranda Warning just before the missile hits.

Second, since nobody has seen al-Awaki's long form birth certificate, it's not clear he's really an American citizen . . . 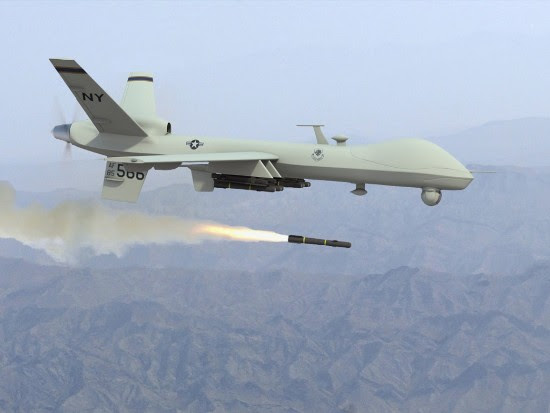