Pakistani Perfidy and Western Incompetence in the Hunt for Osama

In the long ago 1980s, I spent several years working on Pakistani issues. I lived for two years in Islamabad and Peshawar, travelled all over the country, including in many areas now off-limits, and spent another two years working on Pakistan in Washington and returning frequently there. Those were the Reagan years, and we were working closely (sort of) with the Zia ul-Haq government to push the Soviets out of Afghanistan (more on that below.)

Pakistan is a strange country with a strange history.  It is a rump piece, a backwater of the great Indian Hindu civilization, and is wracked by any number of complexes and pathologies. It is a Muslim state founded by one of the most non-Islamic people ever, Muhammed Ali Jinnah, who only reluctantly came to the conclusion that Pakistan should be created. Most of his life he had argued for keeping the Muslims of India within a democratic India.  He was intelligent and good looking; dressed well; was not religious; spoke beautiful English; and was more at home in the salons of the well-to-do and educated than he was with the street rabble. He was never clear whether his vision for Pakistan was as a secular or a religious state, and that debate over his intentions still rages in Pakistan with a lot of historical revision undertaken to show the second. A heavy smoker, and, reportedly, a man who liked his Scotch, he died very soon after the creation of Pakistan. He therefore, never saw the country's subsequent humiliations and defeats. The carving away of Bangladesh, gave the lie to the creation myth of Pakistan as THE homeland of the subcontinent's Muslims, as did the fact that India continued to host one of the world's largest Muslim communities. We should note that more Muslims live in India than in either Pakistan or Bangladesh, and do not seem in a hurry to move to either of those "homelands."

Pakistan is and always has been a mess. It is held together just barely by two forces: the military, and hatred of India. Punjabis, Sindhis, Baluchis, Pashtos have little in common except religion, and there are even differences there. The Pakistanis, especially in recent years as Saudi influence has grown, have tended to  oppress non-Sunnis, and to institute a copy of Saudi-type Islamic rule. Things have gotten progressively tougher for intellectuals, artists, writers, and women in Pakistan, as well as for Christians, Ahmadis, and Shias (although the Ismaili followers of the wealthy Aga Khan have bought themselves some respite from persecution--money does wonderful things in Pakistan).  Most other religious groups have long been driven out, or firmly underground in Pakistan.  It is not a democratic country; democratic values run very thin and weak, and even then only among a handful of mostly Western educated elites--many of whom see "democracy" as a great way to get very rich by buying and selling votes, favors, parliamentary majorities, etc. The late Benazir Bhutto, whom I knew quite well, and her extraordinarily corrupt husband, now President of Pakistan, shine as classic examples of that sort of "democratic"elite so beloved by the West.

Pakistan is a weak, resentful state, very envious of the success of India, especially since India freed itself of the horrendous Nehru clan, in particular that evil, murdering, pro-Soviet Indira Gandhi. Islam has done nothing positive for Pakistan. Under Zia ul-Haq, later assassinated along with the US Ambassador, the country became more and more Islamized, became progressively crazier and, frankly, stupider and stupider. It was Pakistan's intelligence service, the corrupt and faction-ridden Inter-Services Intelligence (ISI) outfit, working with the Saudis that created the Taliban and, eventually, al Qaida. It was not the CIA, the United States, or Great Britain. That the USA and the UK created those operations is one of those little stories put out by the left and certain others to try to discredit our current efforts against the Taliban and AQ. It was the Pakistanis and the Saudis, not the US and the UK, who created the Taliban and AQ.

I worked in Pakistan at the height of the relationship between the US and Pakistan. Even then, however, we knew not to trust them too much.  Zia, after all, did nothing to protect the US Embassy when it was attacked by a mob in 1979, following false local press reports of a US-Israeli attack on Mecca. That mob burned the Embassy, and killed four embassy employees, including a young Marine guard shot in the head by a sniper.

We knew they were double dealing us on the Afghans. We would insist they not support certain groups, they would promise, but then do so anyhow. They also played games with the Iranians, and we knew they were lying about their nuclear program. We reluctantly went along, as you often have to do in the real world, because we had the theory of defeating "one enemy at a time." We, too, did things that we did not tell them about. We were on a mission to destroy the Soviet Union, which at that time, and rightly so, was seen as the major threat to the United States, including to our homeland.  That mission succeeded, and I still think we did the right thing by focussing on that mission.  I am proud of the very small role I played in helping bring about that defeat.

Every victory, of course, brings consequences which successors must handle. The defeats of Germany and Japan were the right things to do, although those then opened opportunities for the Soviet Union and later Communist China.  Our defeating Iraq in two wars benefitted Iran, but that doesn't mean it wasn't right to defeat Iraq.

Anyhow, bottom line, don't trust Pakistan. That government is ridden with factions, corrupt beyond belief, full of liars, and of people out for themselves and their families, not for the "country." Did Pakistan know that Osama had his man-cave in Abbottabad? I am sure parts of Pakistan's government did; almost certainly some officials were bought and paid for.  I have been to Abbottabad many times in the past.  It is inconceivable that a sprawling compound could go up in this sleepy and quaint town, without questions asked by Pakistani military, police, or intelligence services, or even by local politicians out to get some Baksheesh from an obviously rich potential benefactor who had just moved into town.

This episode, sadly, also raises some embarrassing questions which I have not read or heard asked about the West's intel services. When I worked in Pakistan, and this was well before high-tech drones, Google, and all the rest of that stuff, somebody with our Embassy, or with our friends at the neighboring British High Commission, would have commented on this compound, and undertaken an effort to find out who lived there, how it was being paid for, etc.

Since 9/11/2001, we have undertaken a multi-billion dollar manhunt for Osama, a hunt that focussed largely on Pakistan. It never occurred to anybody that he or some other very big fish might be in that complex? Had we become so enamored of the "he is living in a cave in the mountains" scenario that we couldn't conceive that this rich, spoiled, cowardly, and not very healthy man might be living in relative comfort somewhere more, shall we say, urbane? I hope I am wrong, and that the true history of the effort will show that somebody on our side asked about that compound. I am afraid, however, that this episode just shows how degraded we have let our intel services become, and, most notably, the poverty of our HUMINT capabilities.  That degradation is understandable coming as it does after decades of attacks, mostly by the Democrats, on our covert capabilities.  If the bad guy doesn't have a cellphone or internet we don't know who he is or what he is doing? That is a lesson our enemies, I am sure, have noticed, and that is not cheerful news. 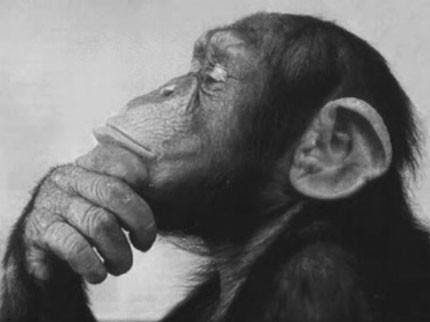