The SEALs and Abbottabad: What it Means for Islam

The SEAL raid on Osama's "palace" in Abbottabad has a meaning well beyond the welcome elimination of a murderous weasel who killed thousands of innocents by his direct actions, and tens-of-thousands indirectly. I see his death as I would that of a serial murderer: does capital punishment necessarily produce a lower crime rate? No, but that particular person won't kill again, and, more important, it shows that some people commit certain acts that are so beyond the pale, that society cannot and will not tolerate them at all.  Osama had forfeited his right to live. Society, acting in this case through an American SEAL, had the right and the obligation to terminate Osama's stay among us. That brilliant raid should be a lesson for Muslims on the perils of following the path laid out by Jihadi murderers. It should also be a lesson for the West: we can defeat the Jihadis as long as we realize it is a long process, requiring patience, and sacrifice--and if we can continue to produce the men who carried out that raid.

Islamic civilization is a rotten house. Constant outside pressure either will collapse it, or force its miserable occupants to begin a serious effort at reforming and rebuilding it.  Islam holds sway among some of the world's potentially richest and most advanced countries, but that, in fact, are among the poorest and most retrograde on the planet.  Islam as practiced is a failed ideology: it leads to slavery, stupidity, and poverty on a mass scale. The greatest victims of Islam are the Muslims forced to live under its tyrannical, mind-numbing, and brutal rule.

Islamic civilization produces nothing. Yes, yes, what about algebra? Ok, Ok, it hasn't produced anything in modern times besides ignorance, death, despair, and poverty. It is the MSNBC of religious faiths, but, admittedly, with higher ratings.

I have lived and worked in many Muslim countries over the course of my long career, and have never failed to be amazed by the damage Islam does to its practitioners or, better said, to its victims. It makes people stupid, intolerant, and violent. I found repeatedly that there was an inherent contradiction between being a good Muslim and being a good person.  I met lots of good Muslims, and lots of good persons:  there was VERY little intersection between the two groups. Islam requires breaking a person down and making him or her into a robot; it discourages and openly represses independent thought; and fosters a constant feeling of paranoia of and hatred for the outside world: non-Muslims should be allowed to exist only to the extent that they can be taken advantage of, and then converted or discarded.

Islamic civilization, ironically, can only be saved by constant and sharp defeat at the hands of the hated infidels.  The Islamists must be defeated in their war against Israel; their war against India; their war against Russia; and, of course, their war against the West and our friends. We must understand their totalitarian ideology and defeat it again, and again, and again. As long as we do not see our belief in freedom and liberty as requiring our suicide, we can and will defeat them, just as the SEALs did in Abbottabad.  Only then will it be possible for "good" Muslims who also  want to be "good" people, assuming they exist, to stand up and tell the Jihadis to take a hike.

Islam needs a major reformation and enlightenment, and if its practitioners are not willing or able to do it, then the SEALs will do it for them. That's the choice facing Muslims. That's the choice so starkly shown by events in Abbottabad. 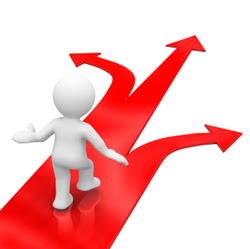